Julien C.H. Smith, "The Epistle of Barnabas and the Two Ways of Teaching Authority," 465-497 (abstract)


1177 BC: The Collapse of Civilizations and the Rise of Ancient Israel and Philistia
Αναρτήθηκε από Tsalampouni Ekaterini στις 8:25 π.μ. Δεν υπάρχουν σχόλια:

For Peter Dschulnigg the Peter of the New Testament was not only a topic of research but a person of orientation. To read his book from 1996 now shows essential aspects of his exegetical hermeneutic: his interest in the human side of the faith, his Swiss Catholicism and his academic competence in Biblical exegesis and theology.

Christian  Münch, "Urgestein der Überlieferung!? : Gleichnisse als Medien der Jesus-Erinnerung," 25-38
In his Habilitation Peter Dschulnigg has criticized an understanding of the parable tradition that is inspired by archaeology and describes the process of tradition as a process of overlying the original structures with the rubbish of later times. Seizing Dschulnigg's criticism the article asks for a more adequate understanding of the parable tradition and examines especially, in which way the medium itself, i. e. the genre of the parables, influences the shape and the content of the tradition.

Beate Kowalski, "Das Hohepriesterliche Gebet Jesu (Joh 17)," 39-57
This contribution is reminiscent of my promoter Peter Dschulnigg for whom theology was not only pure science but of vital significance. Prayer had a fundamental value for him. Jesus' prayer for his disciples in John 17 is examined with an exegetical and biblical-theological approach within the context of the Johannine theology of prayer.

Ruth Schäfer, "Die Verheißung an Sara : Ansätze einer Sara-Tradition im Neuen Testament und ihre Grundlage in Gen 18,1-15," 59-84
Although Abraham (and being his children) is far more in the focus of the New Testament, it is important, for once to explore the small tradition of texts about Sara.
In Gal 4:21-31 Paul assures the mixed churches in Galatia which consist both of Jewish and non-Jewish members, of being part of the people of Israel brought together by God's promise and covenant. Sara guarantees for him freedom, she is called mother of these churches.
Being a child of Abraham is in itself not sufficient to claim the rightful heritage of God's promise and the freedom of these churches, but only in the specific form of also being children of Sara. The free social status of Sara is explained to the non-Jewish Galatian men as tomean the freedom of not being circumcised. The renewed inclusion of this theme in Rom 9:6-9 shows that this interpretation of Paul is relevant for all churches whose members share their lives according to the Antiochian model of a mission community.
Hebr 11:8-16 stresses Sara's faith in God's faithfulness to his promises. By faith she received the strength to found an offspring. The modern interpretation that tries to instead relate verse 11 to Abraham, is reasonably rejected. For God it is not at all shameful being called to be Sara's God.
The domestic code 1 Peter 3:1-7 is read very critically. But although the intentions of this text of giving advice to women is not beyond doubt, at least Sara is introduced as a good  example. The addressed women members of the congregation are explicitly mentioned as being her children. Still it can be regretted that the example of Sara is only pointed out toward the women and not also to the men in the Galatian churches.
Finally, Gen 18:1-15, a basic and important text belonging to the tradition about Sara in the Old Testament, is put into a feminist focus. Not the hospitality of Abraham toward his visitors is earning him any promise, but this promise of the birth of a son is freely given by God to Sara. As Abrahamís activities cause a delay, maybe they do more harm than good. The aim of the story is to tell about the encounter between God and Sara, in which she is directly addressed and given the promise of childbirth. The couple of short texts that appreciate Sara in the New Testament can be legitimately based on that fine text in the Old Testament.

Günter Röhser, "Erwählung und Vorherbestimmung im Epheserbrief," 85-110
Propositions of election and predestination play a significant role in Ephesians, as is demonstrated in particular by the eulogy 1:3-14, but also by the predetermination of the "good works" according to 2:10 and the role of Paul in 3:8-11. Besides general functions of knowledge mediation, making sure of salvation, instructions for the praise of God and coping with uncertainty of the Christian life of any kind, these propositions also relate to the challenges of an early post-Pauline situation: foundation and preservation of the unity of Jewish and Gentile Christians, deficient external presentation of Christian identity, reflection on the importance of the Apostle Paul. The notion of a representation of the Christians by Christ as the pre-cosmic mediator of election in Eph 1:4 can be related to the formation of an early concept of "church".

Mariusz Rosik, "Klassische griechische Biografie und Evangelium : die Frage nach der literarischen Gattung," 111-133
In biblical studies until a few years ago it was largely admitted that the gospel is a particular literary genre. Some biblical scholars challenged this statement, beginning research in this field. Their research consisted mainly in studium comparativum of the literary genres in ancient Greek literature. The conclusion of these studies is quite fascinating: Today we can assume that the gospel is a sub-genre of ancient biographical narrative. The article presents main characteristics of ancient biographical narratives, comparing them with literary characteristics of the four canonical gospels.

Rainer Schwindt, "Angekommen in heidnischem Land : Barnabas und Paulus in Lystra (Apg 14,8-20)," 135-158
The episode in Lystra presents Luke as a storyteller who sublimely takes up the special feature of the preaching situation and local colour and forms it with his theology of history. Luke opposes the biblical faith in one God with the pagan anthropomorphic faith in the God's using a two-fold distinction between creator and creature on the one hand and the acting of God and of the human beings on the other hand.

Thomas Witulski, "Die Gestalt des Abraham als Beleg für die soteriologische Dysfunktionalität des νόμος : Erwägungen zu Struktur und Argumentation von Gal 3,6-14,"  159-205
In Gal 3,6-14 the apostle deliberates on the question whether νόμος has a soteriological functionality
or rather disfunctionality in the context of the figure of Abraham. In the process he comes to the following conclusions: (a) The sonship of Abraham which is to be understood in a corporate sense is exclusively transferred by the principle of πίστις. This implies that the integration into the sphere of the εὐλογία Ἀβραάμ ñ and consequently also the realisation of the δικαιοσύνη which is only available in this very sphere are transferred by πίστις alone. (b) The principle of νόμος merely leads to the κατάρα νόμου but not into the sonship of Abraham nor into the δικαιοσύνη before God because the principle of νόμος well-nigh excludes the one of πίστις. In the light of the argumentative effort Paul makes in this paragraph the following presumption does not seem implausible: the apostle integrates the question of the sonship of Abraham or rather the thesis of the participation in the εὐλογία Ἀβραάμ which is put into effect in the context of this sonship of Abraham in his argumentation which is overall focused on proving the soteriological disfunctionality of νόμος. Paul can include this issue into his general argumentation because it is of fundamental significance to the Galatian congregations
within the scope of the prevailing theological conflict. If this is accurate, then it is very plausible to conclude that Paulís active opponents in the Galatian congregations propagandised a soteriological qualified and qualifying sonship of Abraham and accordingly the participation in εὐλογία which is connected to the figure of Abraham - and thus, if only implicitly, also a participation in δικαιοσύνη -exclusively ἐξ ἔργων νόμου respectively exclusively ἐκ νόμου in order to disavow the apostle's free-of-law gospel with the Galatian Christians.
Αναρτήθηκε από Tsalampouni Ekaterini στις 10:31 π.μ. Δεν υπάρχουν σχόλια:

Douglas A. Campbell, "N.T. Wright and the Lutheran-ness of Paul" 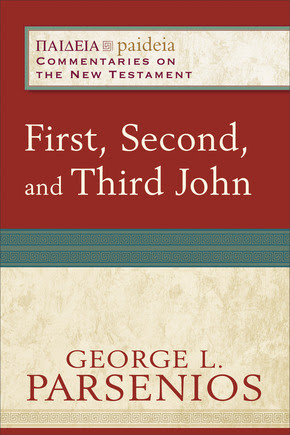 Rosemary Canavan, Clothing the Body of Christ at Colossae: A Visual Construction of Identity
Reviewed by Scott D. Charlesworth

Gary A. Knoppers, Jews and Samaritans: The Origins and History of Their Early Relations
Reviewed by Jürgen Zangenberg

Gerry Schoberg, Perspectives of Jesus in the Writings of Paul: A Historical Examination of Shared Core Commitments with a View to Determining the Extent of Paul’s Dependence on Jesus
Reviewed by John Paul Heil

Description (περιγραφή εκδ. οίκου)
A novel, rigorous solution to the long-contested puzzle regarding the composition of Paul's letters

All historical work on Paul presupposes a story concerning the composition of his letters — which ones he actually wrote, how many pieces they might originally have consisted of, when he wrote them, where from, and why. But the answers given to these questions are often derived in dubious ways.

In Framing Paul Douglas Campbell reappraises all these issues in rigorous fashion, appealing only to Paul's own epistolary data in order to derive a basic "frame" for the letters on which all subsequent interpretation can be built. Though figuring out the authorship and order of Paul's letters has been thought to be impossible, Campbell's Framing Paul presents a cogent solution to the puzzle.

Mike Enyinwa Okoronkwo, "Of what use is the sword for the disciples of Jesus? A discourse analysis of Luke 22:35-38 in the light of New Testament ethics on non-violence"
Αναρτήθηκε από Tsalampouni Ekaterini στις 9:47 π.μ. Δεν υπάρχουν σχόλια:

"If we want to integrate the insights of other disciplines into our interpretation of biblical texts and contexts – and we should – we must develop a culture in which the expectations of such engagement are high and the standards are robust. Though we cannot (and should not) demand second (and third, and so on) degrees in other subjects prior to allowing ourselves to broach an interdisciplinary project or study, we must hold ourselves to a depth of engagement which is sufficient to enable the intelligent, nuanced and critical use of other disciplinary perspectives. If we fail in this charge we do our own discipline a great disservice, as we squander the wealth of these other disciplines’ contribution to the interpretation of the primary object of our intentions: the biblical texts themselves."

On Interdisciplinarity in Biblical Studies