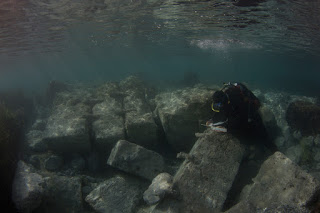 To τρέχον τεύχος του TC / The current issue of TC


Compassion: Between a Mosaic Precept and a Common Human Potential The Book of Ruth: Origin and Purpose

Ronald F. Hock, "Reading the Beginning of Mark from the Perspective of Greco-Roman Education," 291–309

How would a well-educated Christian of the first century have read and assessed the beginning of the Gospel of Mark (1:1–15)? Answering this question reveals much that readers today would otherwise miss. An educated Christian at that time meant being rhetorically trained and so this reader would have used that training to read the gospel. He would have identified it as a narrative, indeed as a biographical narrative, as seen in the convention of naming the subject's father (1:1) and hometown (1:9). He would have looked to see if these verses displayed the qualities of a narrative, such as clarity, as seen in the use of the nominative case, unlabored diction, and starting at the beginning (1:1). He would have identified these verses as also a rhetorical introduction to the whole of Mark and hence would have read them to see if they fulfilled the functions of an introduction, such as gaining the reader's attention, as seen in its announcement of something momentous: the fulfillment of a long-awaited prophecy (1:2–3), the identification of Jesus as Son of God (1:11), and the imminence of the reign of God (1:15).

Charles W. Hedrick, "Is the Baptism of Jesus by John Historically Certain?" 311–322
Many recent publications regard the baptism of Jesus by John as historically certain, or virtually so. This essay argues that unless one assumes the existence of an incipient oral form of the synoptic master-narrative that included Mark 1:9 in some form, there is no certain evidence until the latter half of the first century that John baptized Jesus.

Carey C. Newman, "Narrative Apocalyptic in Ephesians," 323–337
Two, mutually exclusive ways to read Paul now dominate.  One school of thought construes Paul as a covenant theologian who is gripped by a singular narrative about the Israel and Jesus.  The other school of thought sees Paul as an apocalyptic theologian who focuses on God's dramatic intrusion into and disruption of  the cosmos in Jesus.  The former privileges continuity, while the latter emphasizes discontinuity.  This article uses Ephesians as a sounding board for how Paul was first received.  The article discovers the presence of both apocalyptic and narrative in Ephesians.  Both apocalyptic and narrative fund the theological, scriptural, symbolic, and rhetorical world of Ephesians.  But the article also retraces the ways that Ephesians consciously uses apocalyptic to interpret, reframe and restage covenant.  Ephesians does so, particularly, by employing non-Biblical cosmic myths about a primal, cosmic Anthropos.  Finally, the article explores how Ephesians can conjoin both narrative and apocalyptic in its theological enterprise.  Ephesians capitalizes on the implications inherent in the enchained symbols of cross and resurrection one narrative, one apocalyptic to describe God's purposes for Jesus, the Church, and the World.

Ross Harriman, "Ecclesiology Under Pressure: The Importance of Theological Solidarity Language in 1 Thessalonians," 339–352
A neglected element in ecclesiological analysis of 1 Thessalonians studied in this paper is the crucial link between ecclesiology and its theological roots. Paul forges this link through “theological solidarity language.” Theological solidarity language is language that solidifies bonds within the group and with God by rooting the communal identity in common beliefs in and relationships with this God. Paul uses this language to reaffirm and reemphasize communal identity and solidarity against communal conflict and suffering. The particular shapes this language takes in 1 Thessalonians include insider language and theological and pneumatological incorporation into union with God.

Journal of the Jesus Movement in its Jewish Setting 4 (2017)

To τρέχον τεύχος του RB / The current issue of RB

Wen-Pin Leow, "Form and Experience Dwelling in Unity: A Cognitive Reading of the Metaphors of Psalm 133," 185-202
This article uses the cognitive approach to analyse the metaphors of Psalm 133 while concurrently using a study of the remaining Psalms of Ascents to understand the underlying world-view that Psalm 133's metaphors are based on. Such an approach reveals that the subjects of the metaphors of Psalm 133 are connected at a deeper conceptual level. This conceptual relationship allows the psalmist to both describe the blessings of brotherly unity and to provide a literary parallel of the experience of those blessings through the psalm's form.

Mark Wreford, "Diagnosing Religious Experience in Romans 8," 203-222
In this article, I consider Paul's use of adoption language in Romans 8 and argue that religious experience played an important role in its development. By looking closely at what Paul says about adoption and life in the Spirit, I try to identify what kind of experience this language might be articulating. Further, I suggest that it is necessary to consider how biblical scholars can best ensure they take account of religious experience when performing exegesis, offering a heuristic definition of religious experience which moves beyond the language of the NT itself, but is not conceptually anachronistic, to address a lack in the literature.

Martin Feltham, "1 Timothy 2:5-6 as a Christological Reworking of the Shema," 241-260
This article draws upon Richard B. Hays's observations regarding the way in which an 'allusive echo' can signal a broad intertextual interplay with a precursor text. I argue that the affirmation in 1 Timothy 2:5 that 'there is one God' is an 'allusive echo' of the Shema which points the attentive reader to an extended and carefully crafted intertextual interplay with the Shema and its Deuteronomic setting. I trace the way that 1 Timothy 2:5-6 reworks the Shema in the light of the story of Jesus Christ to affect the christologically driven opening up of God's people to all nation.

Peter J. Gentry, "Reassessing Jude's Use of Enochic Traditions (with Notes on their Later Reception History)," 261-286
A particular reference in the book of Jude to Enoch is commonly claimed to indicate canonical status for 1 Enoch. The origins and textual transmission of the Enochic traditions are described and reassessed for non-specialists and correlated with claims for inspiration made before, during, and after the period of Second Temple Judaism. The function of Jude's use of Enoch is interpreted within the literary structure of his work and the context of the NT, with implications for the later history of Christianity and Islam.

Eckhard J. Schnabel, "Knowing the Divine and Divine Knowledge in Greco-Roman Religion," 287-312
In his 2007 Tyndale Biblical Theology lecture, Brian Rosner has shown that the notion of being known by God is an important, albeit neglected, theme in the Old and New Testament. He explored the three relation notions of belonging to God, being loved or chosen by God, and being a child or son of God. After a concise survey of relevant biblical data in the Old and New Testament, he described the value of 'being known by God' in terms of warning, humility, comfort, and security. The following paper explores Greek and Roman religious texts with a view to establishing whether the notion of 'being known by God' surfaces in the context in which the early Christian movement engaged in missionary work, seeking to win polytheists for faith in the one true God and in Jesus Messiah. New Testament scholars do not seem to have explored the subject of the Greek and Roman gods 'knowing' human beings. Similar to Rosner's biblical theological essay, which surveyed texts without in-depth discussion of exegetical details and historical context, the following essay is wide-ranging, considering primary texts written over a large span of time, from Homer's epics (which continued to be read in the first century), the Homeric Hymns, Xenophanes' fragments, Callimachus' Hymn to Demeter, Cleanthes' Hymn to Zeus, Hesiod's Theogony, Cicero's De natura deorum, and Plutarch's religious texts to the Greek Hymns in the Furley/Bremer collection and the Lydian confession inscriptions.
Αναρτήθηκε από Tsalampouni Ekaterini στις 7:14 π.μ. Δεν υπάρχουν σχόλια:

To τρέχον τεύχος του VT / The current issue of VT

Journal of Greco-Roman Christianity and Judaism 13 (2017)

Zachary K. Dawson, "The Books of Acts and Jubilees in Dialogue: A Literary-Intertextual Analysis of the Noahide Laws in Acts 15 and 21"
Αναρτήθηκε από Tsalampouni Ekaterini στις 7:24 π.μ. Δεν υπάρχουν σχόλια:

Revolutionary Biblical Discoveries and the Need for Historical Amnesia