"...I also think we need to recognize our own biases, and potential blind spots, when we engage in scholarship, biblical or otherwise. We should retain an openness to arguments from others, even when their starting assumptions differ so greatly from our own." 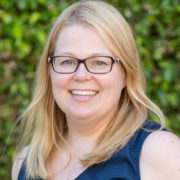 Paul B. Decock, "Philo of Alexandria: Holiness as self-possession and selftranscendence"

The Discoveries of Manuscripts from Late Antiquity: their Impact on Patristic Studies and the Contemporary World

Teresa Morgan’s Roman Faith and Christian Faith provides a major new study of the lexicon of ‘faith’ (pistis/fides) in the early Roman Empire. This review essay provides a summary of the book’s contents as well as a critical assessment. The book begins with study of uses of pistis and fides in Greek and Roman sources, in domestic and personal relations, in military and religious contexts. It then moves to the Septuagint, before turning to the New Testament, which is considered in detail. The early Christian sources are unusual in the prominence and weight they give to pistis, but their usage nonetheless fits within the wider social and cultural matrix, in which pistis and fides primarily express the notion of trust and express the importance of trust and fidelity in a wide range of social and religious relationships. In these early Christian sources there is a heavy focus on divine-human pistis, but this creates networks of trusting and trustworthiness that are crucial to the formation and cohesion of early Christian communities. Some critical questions may be raised – for example, concerning Morgan’s heavy focus on divine-human pistis, and her arguments against the early emergence of a titular usage of pistis to denote the early Christian movement – but overall this is an important study which should reconfigure our sense of early Christian (and especially Pauline) pistis, which is less about ‘belief’, whether salvific or propositional, and more about relationships of trust, which are the foundation of community.

Huub Welzen, "The transformation of the temple in the Fourth Gospel"

Ετικέτες βία, φιλοσοφία, Bulletin for the Study of Religion, Girard

To τρέχον τεύχος του JTI / The current issue of JTI

Frauke Uhlenbruch, "Not in the Spaces We Know”: An Exploration of Science Fiction and the Bible"

Alphonso Groenewald, "The transformation of the city of Zion: From decadence to justice and prophetic hope (Is. 1:1–2:5)"
Αναρτήθηκε από Tsalampouni Ekaterini στις 5:33 μ.μ. Δεν υπάρχουν σχόλια: 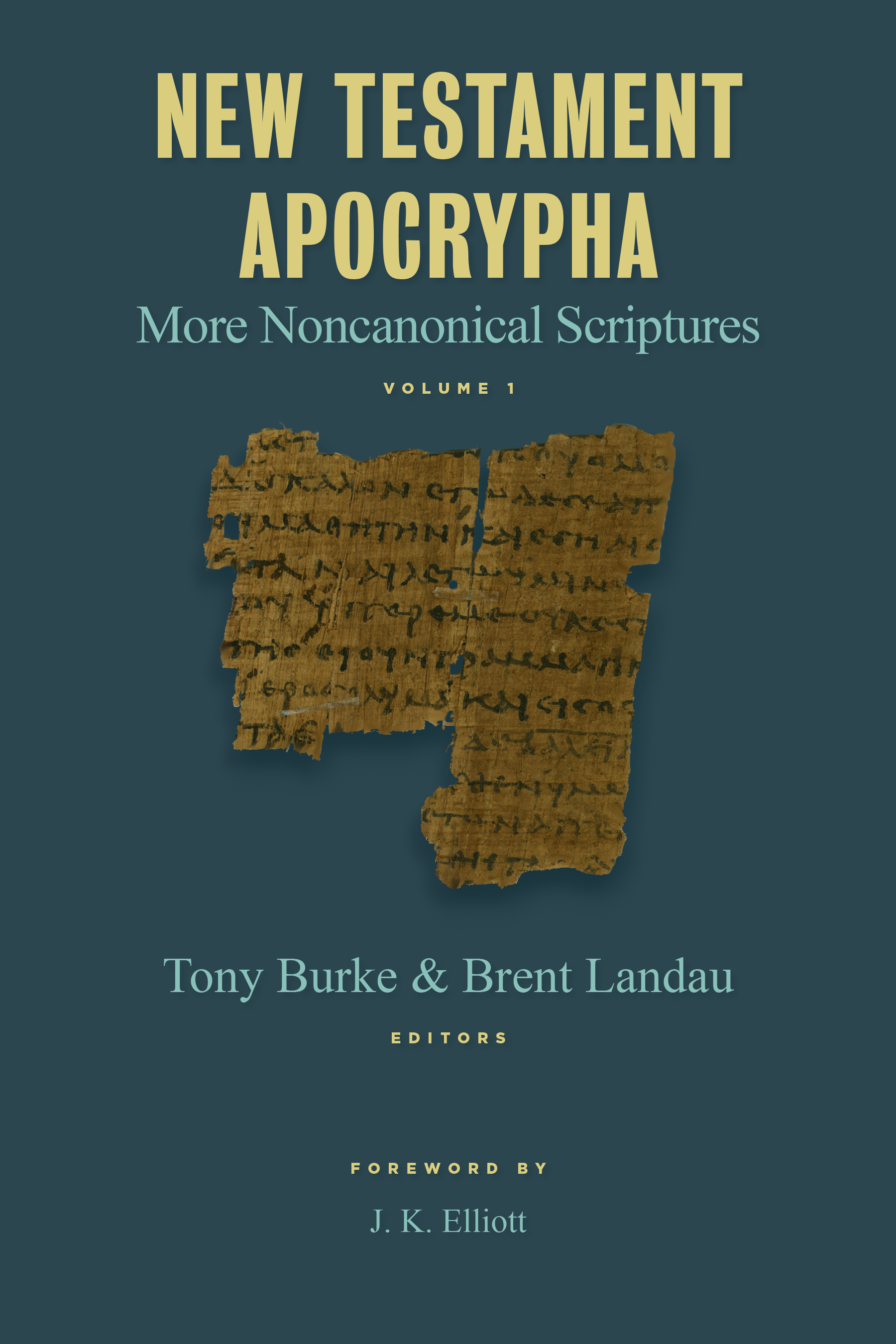 The Book of Job contains two quite astonishing passages where Job speaks of the condition of the poor. The first is Job 24 :1-12, where he demonstrates an extreme compassion for their predicament ; the second is Job 30 :1-8, where, having displayed his charity, he then exhibits a hefty contempt for them. This ambiguous attitude is problematic and raises the question of the true relationship between Job and the poor.

Dominique Angers, "L’insistance lucanienne sur l’identité des destinataires et des bénéficiaires de la basileia et de sa proclamation," 249-265
The intent of the present study is to analyze the concept of the kingdom/reign of God in Luke-Acts from the standpoint of ecclesiology. It thus focuses on an issue that is rarely studied in conjunction with the notion of the kingdom in Lucan studies, namely, the identity of the believing community. More specifically, it considers questions of identity concerning both the recipients and the beneficiaries of the basileia itself, as well as of its proclamation. This article suggests that Luke is highly interested in these matters. The vast majority of occurrences of basileia in Luke-Acts confirm this, as do some key occurrences (e.g., the very first mention of the term, in Lk 1 :33, and the occurrences that form an inclusio in Acts, Ac 1 :3,6; 28 :23,31).

Gilbert Vincent, "Temps de l’indignation, temps de la prophétie. Lectures ricœuriennes. III. Prophétie: apocalyptique ou poétique?," 267-310
Faced by prophecy, hermeneutics feels duty bound to show a polite hospitality which obliges philosophy to undertake a critical examination of some of its own ideas, which can then appear as hyper-rationalist prejudices. However, isn’t it part of the philosopher’s responsibility to conduct himself without arrogance to a parallel examination of the vicissitudes familiar to the reception of prophetic discourse, a reception seemingly enthralled by the declaration of political and cosmic catastrophes, but also sensitive to the poetic depiction of a meta-political hope ? We will show, following Ricœur, that a hermeneutical critique of prophecy is legitimate and justified by the reading of prophetic literature itself.
Αναρτήθηκε από Tsalampouni Ekaterini στις 8:58 π.μ. Δεν υπάρχουν σχόλια:

Fernando Bermejo Rubio, "Between Gethsemane and Golgotha, or Who Arrested the Galilean(s)? Challenging a Deep-Rooted Assumption in New Testament Research," 311-339

There is a striking imbalance in the scholarly treatment of the Golgotha and Gethsemane episodes, insofar as the fact that critical scholarship has detected deep ideological bias in the Gospel accounts of the Jews as “Christ-killers” and has abandoned any idea of Jews crucifying Jesus as a serious distortion of historical reality has not entailed the abandonment of the notion that Jesus was arrested by his coreligionists. This state of affairs is quite odd, not only because, if the surest item of the Passion accounts is that Jesus was crucified by the Romans, a scenario in which he could have been arrested by them would make sense, but also because modern scholarship has produced compelling research allowing us to carry out a historical reconstruction which is very different to that conveyed in the Gospels. By building on such research and providing some new insights, this article argues that the responsibility for the arrest of Jesus rests on the Roman authorities.

Simon Butticaz, "The Construction of Apostolic Memories in the Light of Two New Testament Pseudepigrapha (2 Tm and 2 Pt)," 341-363
The disappearance of the apostolic generation in the course of the sixties (first century C.E.) plunged emerging Christianity into a profound “crisis of memory” (cf. Jan Assmann). Indeed: how was a foundational tradition to be managed or established in the absence of those who had been bearers of the memory of the beginnings? The classical thesis on this subject is well-known: in the absence of established ministries, it was apostolic pseudonymity, the only available authority, which made it possible to reinterpret the memory of the beginnings and adapt it to new socio-historic circumstances. In the footsteps of other scholars, the present article re-examines this hypothesis with the help of sociological theories and tools devoted to collective memory. If the disappearance of the apostles certainly confronted the early Church with a Traditionsbruch (Jan Assmann), it is unwarranted to suppose that the first generation enjoyed from the start a normative and undisputed authority. On the contrary, first and second centuries pseudepigraphy signicantly contributed to the construction of the memories of authoritative apostles, as can be seen with 2 Timothy and 2 Peter.

Joseph Grabau – Anthony Dupont, "How Pauline Was  Augustine’s John Commentary? On the Use of Romans 5:14 in Augustine’s Reading of John 19:34," 365-394
The authors examine here Augustine’s frequent use of Romans 5:14 in order to interpret John 19:34, on the generation of the Church from the “side of Christ.” Such an image carried through Augustine’s career, and reveals important features about his own synthesis of Johannine and Pauline elements. We aim to demonstrate the wide-ranging significance of Saint Paul in Augustine’s treatment of the Johannine passion (Jn 19:28–34), and aim to account for his changing points of emphasis on this chain of verses over the course of his early career as an episcopal exegete.

Torah Traditions and Ancient Readers in Early Judaism and Christianity 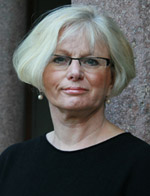 CfP: The Tenth Birmingham Colloquium on the Textual Criticism of the New Testament

The tenth Birmingham Colloquium on the Textual Criticism of the New Testament will be held in Birmingham from Monday 20th to Wednesday 22nd March 2017. The title of the colloquium is "Lives of the Text", with a double focus:

1) the significance of liturgy in the textual transmission of the New Testament (e.g. lectionary manuscripts, canticles);
2) reflections on D.C. Parker's "The Living Text of the Gospels" twenty years after its publication.
As in previous years, accommodation has been reserved at Woodbrooke Quaker Studies Centre; a booking form will be issued shortly.


Proposals are invited for papers related to the above topics to be delivered at the colloquium. The standard slot will be 30 minutes (to include questions). Proposals should be submitted to H.A.G.Houghton@bham.ac.uk by Tuesday 3rd January 2017 at the latest; all submissions will be acknowledged by email and a programme released in the early New Year.
Further information about the Birmingham Colloquium may be found at www.birmingham.ac.uk/colloquium
The proceedings of the ninth colloquium, held in conjunction with the ERC-funded COMPAUL project, are available from Gorgias Press: https://www.gorgiaspress.com/commentaries-catenae-and-biblical-tradition
Αναρτήθηκε από Tsalampouni Ekaterini στις 11:48 π.μ. Δεν υπάρχουν σχόλια:

Journal of Greco-Roman Christianity and Judaism 12 (2016)

Time and Cosmos in Greco-Roman Antiquity

Journal of the Jesus Movement in its Jewish Setting 3 (2016)