Alain Gignac, "Le triangle « Paul — Philémon — Onésime » du billet à Philémon : Lorsque la petitesse, l’amitié et l’utilité construisent une identité discursive," 17-40
The Epistle to Philemon is examined here at the junction of social criticism and discursive analysis, in order to reflect upon the identity which it puts forward. Whether in the rigid and violent sociological context of the 1st century regarding slavery, or, mutatis mutandis, in the context of the 21st century regarding neoliberalism, this brief epistle is a discourse that both expresses and seeks to go beyond the sociological dichotomy between fraternal relationships in Christ and the hierarchical relationships of submission between persons—a kind of ethical schizophrenia that is not peculiar to early Christianity alone. The social constructs master/slave (Philemon and Onesimus) and superior/client (Paul and Philemon) do not coincide with the structure of the communal fellowship, which rather values meekness and service, and aspires to encourage friendship to the point of fraternal love, thus redefining the true usefulness of persons.

Bernard Duhaime and Camille Labadie, "Les voyages des manuscrits de la mer Morte : Réflexions sur la restitution des biens culturels et le droit international," 183-218
Since the discovery of the first rolls in 1947, the Dead Sea Scrolls have been the subject of many disputes not only theological and archaeological, but also cultural, political and legal. Currently owned by Israel for the most part, these Manuscripts are now at the heart of competing claims insofar as both Israel, Jordan and the Palestinian Authority claim ownership. In this perspective, the present article aims not only at exploring the legal issues raised by the question of the ownership of the Dead Sea Scrolls, more specifically with regard to the norms of international law, but also at exploring the way in which issues relating to cultural and religious heritage retain a highly political dimension due to the involvement of States in their protection, and to the concept of territory they imply.

Peter W. Flint, "Six Viable Readings from Isaiah 1–39 in the Great Isaiah Scroll (1QIsaa)," 219-239
In order to illustrate the contribution of the Great Isaiah Scroll from Qumran (1QIsaa) to textual criticism, this paper presents six viable readings for Isaiah 1–39, i.e. variants that most likely represent the original Hebrew text. In assessing the cases of Isaiah 3 : 24 ; 9 : 16 [English 9 : 17] ; 18 : 7 ; 19 : 18 ; 21 : 8 ; 23 : 10, the author takes into account the textual character of the manuscript, the scribal habits of the copyist, the work of scholars and commentaries on the Book of Isaiah, recent translations of Isaiah, as well as the context and the overall sense of the passage. In all six instances — with the possible exception of Isa 19 : 18 — the reading in 1QIsaa is found to be compelling. These readings and similar ones should therefore be included as part of the main text of Isaiah (not the apparatus) in future editions of the Hebrew Bible, and part of the main text of Isaiah in future translations (not the footnotes).

A Wandering Jew: Some Reflections 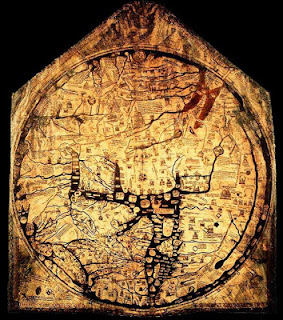