Not only the Gospel of John, but also the first letter of John speaks of purification in the metaphorical sense. It emphasizes the cleansing effect of the blood of Jesus and the cleansing power of hope in Jesus. The metaphor of cleansing by the blood of Jesus can be clearly related to statements in the book of Revelation. The theme of purification mainly concerns cleansing through which Jesus made possible a new relationship with God and the resulting consequences for the conduct of life.


Sandra Huebenthal, "„Er gibt sich mit Sündern ab und isst sogar mit ihnen!“ (Lk 15,2). Zur Konstruktion von Sünderrollen im Lukasevangelium," 15-42
Taking the question which profession the toll collector Zacchaeus would have today, as a starting point this contribution examines the construction of sinner-roles in Luke’s Gospel and their possible reconstructions by readers. The argument is that sinner-roles can be constructed on three different levels: the level of characters, the level of the narration and the level of the reception. The first two levels are analyzed using examples from Luke’s text (5:1-11.27-32; 7:24-35.36-50; 15:1-2; 18:9-14.18-27 and 19:10). Regarding the level of reception the argument is that the idea of toll collectors as sinners par excellence is an entry of the Pharisaic encyclopedia which is unconsciously used by later recipients of the text.

Susanne Luther, "„Reden ist Silber …“. Die Bedeutung des Schweigens in der sprachethischen Unterweisung des Matthäusevangeliums," 43-62
This contribution takes up speech-ethics, a topic prevalent in ancient literature but also in some New Testament writings, and contends that New Testament writings do not conceive of silence as an ethical norm. Analyzing the dialogues in the Matthean narratives of Jesus’ trial before the Sanhedrin (Matt 26:59-66) and before Pilate (Matt 27:11-14) Jesus’ silence is interpreted as a reaction to the inadequate language behavior of his respective dialogue partners and the Matthean Jesus as a character is presented as a speech-ethical role model for the reader.

Julia A. Snyder, "Warum dieses Wort? Der Einfluss sozialer Faktoren auf die Wortwahl," 63-78
This contribution takes up speech-ethics, a topic prevalent in ancient literature but also in some New Testament writings, and contends that New Testament writings do not conceive of silence as an ethical norm. Analyzing the dialogues in the Matthean narratives of Jesus’ trial before the Sanhedrin (Matt 26:59-66) and before Pilate (Matt 27:11-14) Jesus’ silence is interpreted as a reaction to the inadequate language behavior of his respective dialogue partners and the Matthean Jesus as a character is presented as a speech-ethical role model for the reader.

Mira Stare, "Die Reinheitsthematik im Johannesevangelium," 79-96
With the phrase καθαρός κτλ. the theme of purity occurs eight times in John’s Gospel. All occurances
can be found in the following contexts: the marriage at Cana (John 2:1-11), the debate concerning Jesus’ cleansing/baptism activity (John 3:25-36), the washing of the disciples’ feet by Jesus (John 13:1-20) and the parable of the vine (John 15:1-8). The Gospel of John reveals a paradigmatic shift with respect to cleansing: It is no longer a cleansing ritual that makes people clean (this is now obsolete), but purity is to be understood as a gift of God and Jesus.
The cleansing can be seen as an event which takes place by means of communication and personal relationship. The father personally cleanses Jesus’ disciples (every branch of vine). And the disciples have already been cleansed by the words of Jesus (cf. John 15:3). This is a novelty, which appears in the Bible only in the Gospel of John. The aims of cleansing are the permanent community between the disciples and Jesus and their fruitfulness in their lifes corresponding with the example that Jesus gave in washing the disciples’ feet.

Thomas Witulski, "Egalitär, aber nicht ohne Struktur. Erwägungen zur Gemeindeordnung der sieben ἐκκλησίαι der Johannesapokalypse," 97-138
The seven churches addressed in the Book of Revelation which are to be located in the Roman province Asia are organized according to the model of „structural equality“ at the time of the composition of Revelation. Quite a few offices have developed, however these and their holders behave in an egalitarian manner toward each other and are not differentiated from each other within a hierarchical structure. This model can probably be taken as basic organizational paradigm of the addressed churches in a similar fashion also in Ephesians. On the other hand, the Pastoral Epistles, especially 1 Tim, reflect an organizational church structure within which hierarchical structures are fixed and particularly the authority of the theological administrative leadership of an ἐκκλησία is clearly assigned to a specific ruling committee, furthermore the job profiles for certain offices are defined.

Konrad Huber / Jarl Henning Ulrichsen, "Kaiserkult in Kleinasien. Zwei kritische Repliken auf die gleichnamige Studie von Thomas Witulski," 139-152
In his study, Thomas Witulski seeks to elucidate the form, practice and historical development of the cultic-religious worship of emperors in the Roman province of Asia from the time of Augustus to Antoninus Pius and investigates the epigraphic, literary, numismatic, and archaeological evidence relevant to this issue. Witulski’s study was the object of a discussion based on two critical reviews within the seminar „The Book of Revelation“ during the General Meeting of the SNTS 2015 in Amsterdam.

Stefan Stapdick, "Selbstgespräch vor Publikum. Zum neuen Römerbriefkommentar von Michael Wolter," 153-166
The first part of Michael Wolter’s new commentary on Paul’s letter to the Romans (chap. 1-8) as part of the renowned ecumenical commentary series „Evangelisch-Katholischer Kommentar“ depicts the apostle as a soliloquist in front of an audience of Roman Christians of pagan descent in which he is reviewing and justifying his gospel by explicitly shaping it as an internal Jewish debate regarding the soteriological scope of God’s previous and recent revelation in Israel.

Journal for the Evangelical Study of the Old Testament 4:2 (2015) 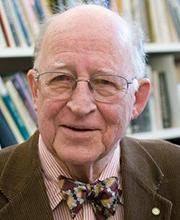