Eva Mroczek, "The Hegemony of the Biblical in the Study of Second Temple Literature," 2-35

Despite growing recognition that early Jewish culture was far broader than the Bible, the biblical retains its hegemony in the study of early Jewish literature. Often, non-biblical materials are read either as proto-biblical, para-biblical, or biblical interpretation, assimilated into an evolutionary narrative with Bible as the telos. But ancient Jewish literature and culture are far more than proto-biblical. Through a case study of psalmic texts and Davidic traditions, this article illustrates how removing biblical lenses reveals a more vibrant picture of the resources and interests of early Jews. First, it discusses evidence showing that despite a common perception about its popularity, the “Book of Psalms” was not a concrete entity or well-defined concept in Second Temple times. Instead, we find different genres of psalm collection with widely varied purposes and contents, and a cultural consciousness of psalms as an amorphous tradition. Second, it demonstrates how David was remembered as an instructor and founder of temple and liturgy, rather than a biblical author, a notion that, despite common assumptions, is not actually attested in Hellenistic and early Roman sources. Third, it reconsiders two Hellenistic texts, 4QMMT and 2 Maccabees, key sources in the study of the canonical process that both mention writings linked with David. While their value to the study of the canon has been challenged, the assumption that they use “David” to mean “the Psalms” has remained largely unquestioned. But when we read without assuming a biblical reference, we see a new David, and the possibility that the ancient writers were alluding to other discourses associated with him – namely, his exemplary, liturgical, and calendrical legacy – that better fit their purposes. Early Jews were not marching toward the biblical finish line, but lived in a culture with diverse other traditions and concerns that cannot always be assimilated into the story of scripture. Recognizing this fact allow us to see Second Temple literature more clearly on its own terms.

Karin Finsterbusch, Norbert Jacoby, "Völkergericht und Fremdvölkersprüche," 36-57
It is well known that (the Hebrew Vorlage of) LXX-Jer and MT-Jer differ in their arrangement of the oracles against the nations and in the order of the nations. However, no attention has been paid to the fact that the communication of the oracles differs significantly in both books: in MT-Jer, the book narrator introduces the oracles. In the (Hebrew Vorlage of the) LXX-Jer it is mainly Jeremiah in the world of the book, who tells his addressees of the oracles. This presentation will argue that the structure of communication in the Hebrew Vorlage of the LXX-Jer is the original one.

Sarit Kattan Gribetz, "The Shema in the Second Temple Period," 58-84

Atar Livneh, "The 'Beloved Sons' of Jubilees," 85-96
This paper focuses on the Jubilean portrayal of Shem, Isaac, and Jacob as beloved sons. In all three cases, their parents’ affection for their scions is modeled on Jacob’s favoring of Joseph, thus indicating that Shem, Isaac, and Jacob were loved more than their brothers. The themes of human parental love, divine election, birthright, and inheritance being interwoven in all three cases, human parental love functions primarily to signal the status of those sons who form the heirs through whom the Israelite line will be maintained. Their characterization as “beloved” also highlights Israel’s prominence amongst the nations – their siblings, in contrast, being destined to become the fathers of the gentile nations. On basis of the fact that the biblical texts relate the image of God as father to His love for and election of His children, Jubilees also presents human parental love as following (upon) God’s election of a favored son. The combination of the motif of God as a loving father with the verse that “Because He loved your fathers, He chose their heirs after them” (Deut 4:37) appears to have led the Jubilean author to assume that the Israelites’ ancestors were the object of divine parental love. He then takes this idea one step further, presenting patriarchal parental love as paralleling God’s love/election.

Heidi Wendt, "Iudaica Romana," 97-126
This article situates expulsions of Jews/Judeans from Rome within a broader pattern of legislation aimed at freelance experts in foreign or otherwise novel religious teachings and practices. Such experts proliferated in the early imperial period and seem to have spurred an escalation in the frequency and severity of measures issued to suppress their activities. However, whenever Judeans appear in this context, scholars tend to attribute the incidents not to the activities of individual specialists, but to concerns about Judaism or the Roman Jewish community. In this article I argue, to the contrary, that freelance experts in Judean religion were the intended recipients of these expulsions and proscriptions, an interpretation that locates some Judeans within a salient and multi-ethnic class of activity and contributes to a more diversified picture of Judean religiosity in the first century.

Peter Kovacs, Péter Prohászka et al., "A Gold Lamella for Migraine from Aquincum," 127-142
This article reconsiders the transcription and interpretation of a gold lamella from Aquincum, Pannonia. Although the lamella was lost sometime after World War II, recent research in the Archives of the Hungarian National Museum has revealed photographs and reports from the 1930s. This newly-discovered material allows for a re-reading of the lamella and a better understanding of some of its contents.

Arnon Atzmon, "'In the Third Month'," 143-156
The question of the Sitz im Leben of Pesikta de-Rav Kahana and how it affected its redaction and formulation is one of the most fascinating issues in the study of the aggadic midrashim. In this article, I conduct a detailed analysis of the piska referred to as “In the Third Month,” elucidating its character and nature primarily by comparing it to passages found in parallel midrashim. This analysis reveals that the extant piska was created in a two-stage process. First, the original darshan or redactor created midrashic material pertaining to the Shavuot Torah reading from Exod 19–20, the revelation of the Torah at Sinai which had recently replaced the older Shavuot reading connected to the agricultural aspect of the festival. Subsequently a later redactor of the Pesikta augmented the original piska by adding two midrashic passages drawn from the Tanhuma literature. Analysis of the dynamics involved in the creation and redaction of this particular piska sheds light not only on this text but on the connection between the liturgical and literary processes at work in this period as a whole. Most importantly, it affords us a glimpse into the link between the midrashim and actual synagogue life in the amoraic period. 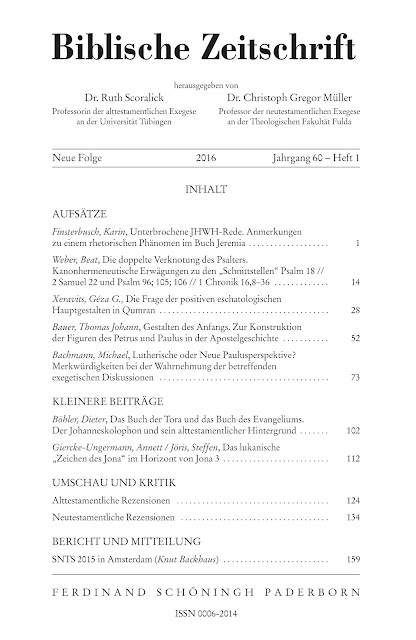